Thanks zouzzz.
I made a similar table and planned from there. It is interesting that the use of voice samples changes between characters, which means they are not so easily swapped around.

I've been looking for Yoshi's voice for ages but can't find it. Does anyone have an idea where it is?

I will be making a tutorial for the voices and will add the voices I have used if zouzzz is okay with me adding to his work. I don't want to step on any toes, just help the project.

Roareye a écrit:Thanks zouzzz.
I made a similar table and planned from there. It is interesting that the use of voice samples changes between characters, which means they are not so easily swapped around.

Excellent, you see differences with mine ?


Roareye a écrit:I've been looking for Yoshi's voice for ages but can't find it. Does anyone have an idea where it is?

I think it's in the soundbank, but where...

Roareye a écrit:I will be making a tutorial for the voices and will add the voices I have used if zouzzz is okay with me adding to his work. I don't want to step on any toes, just help the project.

Okay, I'll add a bit to your list because it is more complete than mine. I will label them to make it easier to see what voices you will need and what they will be used for.;

YOSHI - 2 samples
0016 - Positive Noises
001E - Negative Noises (3.26kb size!]
Because of his small sound sizes, Yoshi would not be a fit for dialogue driven characters, but short sounds.

BOWSER - 2 samples
001B - Positive Grunt
001C - Negative Grunt
With only two sound clips, Bowser is best replaced by someone with little sound effects.

CURRENT CHARACTERS VOICED;
I cannot guarantee that characters will work if you change the character you replace as the new clips MUST be smaller than the originals. I will note what character they have been tested and work on.

LINK (LEGEND OF ZELDA)
2 voice samples, ready to replace Bowser.
I was going to place Link in a bigger character slot (with more voice samples) but he doesn't have any speech, and it was a waste of a 7/8 sample character.

Excellent find of Yoshi's voice.
Yoshi has a 2nd voice sample. When he hits a banana, he makes a whistling noise.
0016 - YOSHI - Positive Noises/Character Select
001E - YOSHI - Negative Noises/Banana Damage
Took me all night to find it, but it was worth it.

It will be harder to fit new audio into Yoshi because 001E is only 3.26kb in size, and the new files have to be smaller. If we had Pac-Man, his sounds would fit. Or anyone that only uses VERY short sounds. I'll see what I can do, though

I've edited my previous post to include the Yoshi voices and added some more information on each character.

I made a mistake, zouzzz. I said that most had Shell Damage/Lose. Every character's LOSE voice sample is shared with the Banana Damage.

I have voice clips ready for a fully voiced Banjo. He will replace Wario and use voice clips from Diddy Kong Racing. He even says "I'm Banjo!" in that game.

I am making ZIP files for the voice samples. Going to make clips that allow you to add any character to any slot, so people can choose their own layout.

Any chance we could get Zool (Commodore/Amiga) in there? He would replace Bowser.
https://vignette1.wikia.nocookie.net/fantendo/images/c/cd/Zool.png/revision/latest?cb=20160119213314

Pac-Man (Arcade). Not a platformer, but an Arcade mascot. He would replace Yoshi.

Megaman. He would replace Toad as the final voiced character.

I'm about done with the voice samples for the current characters.

Zouzzz, how did you make the new characters? I want to try making some. Where did you get the sprites from?

When is MK64 Mod Tool v0.2 available?
I'm still hoping to have more than 8 characters available in a future mod. I'm also working on a Pac-Man kart.
When I get a day off, I will test the final voice files and make them available here with the tutorial. Just busy at work at the moment.

Hi I got a question,  the kart model for KoopaTroopa link to the wrong file its pointing to SkullKid.

Can anyone provide me with the KoopaTroopa kart?

For Dry Bowser I made a vignette I will share it later. 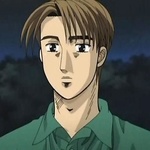 Maybe someone can point me in the right direction.

Yesterday I was busy adding the voices for Sonic and Waluigi from Origami64.com.

For some reason when I replace Wario for Waluigi and replace all voices the sound is not working in the game, music is but no SFX or voices.

When I only replace the voice that seems to be the problem it is working, I’m using The N64 Sound Tool 1.4.

As send before I uploaded the vignette for DryBowser:

Merci zouzzz for the the KoopaTroopa kart and updating the link in the tutorial section.

Do you also have the Link (Zelda) kart? If so, can you share that also please?

About the voices, I used the Banjo voice from Origami64 and changed the negative voice for Banjo so it can be used with the positive voice to replace Donkey Kong. The positive voice I could reuse, both are included inside the following file:
- Banjo Voice

If I can get other voices working I will to share it aswell.

Some other things I want to share are the character names in the selection screen for some characters, I also included a template for new names:
- New Character Name Signs

So Banjo and DryBowser can be easily used with the banjo voice file, vignettes, kart files at this moment that are only two characters I'm using until I figured out the voices for the rest of the characters.

Thank you for the Zelda Kart.

I created an improved vignette for DryBowser:
- DryBowser vignette new

On the Origami64 website I found a link to the Grover kart, which is working:
- Grover Kart