the demo of samurai is great !!

thanks to you captain dreamcast.

thanks to you captain dreamcast. 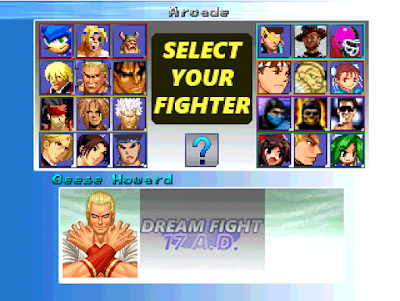 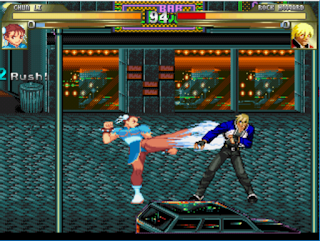 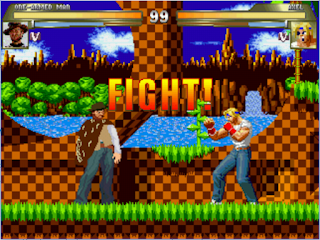 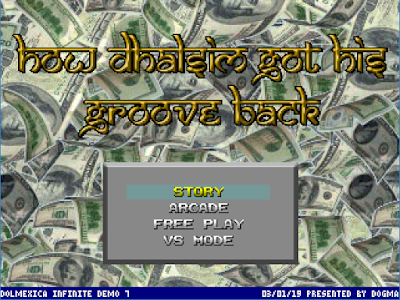 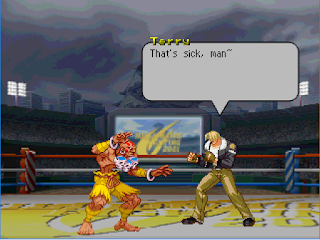 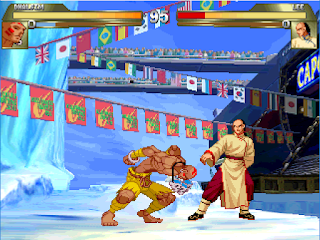 Just try it on you website, the details of animations are great !
The options addings are a huge update :-)

I love the Dhalsim intro ^^

Hope you can rise the speed more. Have you some ideas for the issue ?

fafadou a écrit:Just try it on you website, the details of animations are great !
The options addings are a huge update :-)

I love the Dhalsim intro ^^

Hope you can rise the speed more. Have you some ideas for the issue ?

Thanks for trying! I'll answer in English this time, since Google Translate + small fixes from me will probably fail for more technical stuff, sorry for that (I'll keep the main stuff here French, I promise):

The main bottleneck right now is evaluating the states and controller triggers in the state machine, so my main focus right now is to speed that up. Mugen creators (rightfully) do not concern themselves that much with performance when creating their characters, so they have a habit to toss AI, and other large structures into states -1, -2 and -3, which are evaluated every frame. For making that faster, I have two main ideas right now. One is more "caching", or rather less calculations during evaluation: I already have something in place that caches static stuff so that it isn't needlessly calculated every time (e.g. saving "3" when there's "2+1" to save an addition), I'd like to add something like a cache for dynamic variables. Like if it asks for "screenpos x", right now it gets the character position, adds the camera position and returns it, instead you'd have a sceenpos variable that's updated when the position changes. Something like that for everything.

The second approach is in the evaluation strategy itself. From what I've learned from random Mugen forum posts, Mugen crashes on some edge cases Dolmexica considers, so maybe there's some way to dumb it down. I'm always hesitant to touch the super core of how things are evaluated because it just cascades into more and more gameplay errors, but I think there's still some wiggle room there to make it more similar to the original Mugen (and more efficient too!).

There's still a lot of ways to make it faster, so I'll remain optimistic for now. After all, it's a process~

Demo 9! I apologize for not having posted about Demo 8 (it was a more stressful release), so it's a good thing Demo 9 is almost the same except a few bugfixes. I found some bugs that made the engine run very slow, so there was a huge speedup. It still stutters a lot though, so it's not optimal yet. If it kept improving like that though, it would be great. Gotta find more of them bugs.
Demo 9: https://captaindreamcast.itch.io/dolmexica-infinite / https://captaindreamcast.itch.io/the-cheapie-wars

Editer:
Demo 10! Got some good bugs in that one! Dream Fight releases always tend to be the most stable, so I recommend this one (Vanilla is not up as of this writing, I'll update it somewhere along the day tomorrow):

Editest:
Demo 11! A lot of missing state controllers, and missing things in generals. Also the time system is closer to real Mugen now, hopefully that will take care of a lot of bugs that break an entire fight (there's still some flags that are a bit wonky, so I can't promise it won't occur, but we're on a good way.)
Demo 11: https://captaindreamcast.itch.io/what-if

Le plus edit mieux plus que le edit plus editée:
Demo 12! A lot of small stuff, but some cool things like draws, proper super pauses and starting with Dreamcast sound effects. Right now they sound like jpg compression looks, so there's still things that need work. I had to take out player sound effects because they took forever to load, this will be hard to fix, not really sure what to do there yet. But well, that's something for next time maybe.
Demo 12: https://captaindreamcast.itch.io/fighter-hero-4-2

Ceci n'est pas un edit:
Demo 13! Mostly features. On the flipside, I completely ignored technical issues, except the ones that made the game crash, looking at the sound effects again here.
Demo 13: https://captaindreamcast.itch.io/casino-chloride

Edit Piaf:
Demo 15! Mostly bugfixes. I think most of the fixes were centered around screenpacks, those were still pretty broken. Some speedups and playing with sound effects too. Only a vanilla version this time:
Demo 15: https://captaindreamcast.itch.io/dolmexica-infinite

Editee avec 16 es:
Demo 16! Mostly small quality-of-life stuff like the new UI for the make-your-own-game kits, but I'm still mostly working on Dream Fight 19, so that's expected. Either way, here's this time's small game to go along with it:
https://captaindreamcast.itch.io/dream-fight-9-ad

» The Textorcist : The Story of Ray Bibbia