General:
- Added a new save/load chooser based on a grid of thumbnails. This is only
supported for resolutions bigger than 640x400. The old chooser is still
available and used for games without thumbnail support. It is possible to
select the old one as default too.
- Rewrote VideoDecoder subsystem.
- Added Galician translation.
- Added Finnish translation.
- Added Belarusian translation.
- Using the mouse wheel on a slider widget now changes the value by the
smallest possible amount. This is more predictable than the old behaviour,
which was to change the value by "one pixel" which would sometimes not
change it at all.
- Updated MT-32 emulation code to latest munt project snapshot.
- Added FluidSynth settings dialog, mainly for reverb and chorus settings.
- Fixed crash on certain Smacker movies.

Cine:
- Improved audio support for Amiga and AtariST versions of Future Wars.
Now music fades out slowly instead of stopping immediately. Sound
effects are now properly panned, when requested by the game.

CGE:
- Soltys contains a puzzle requiring the ALT key to be pressed while clicking
on an object. This puzzle has been disabled on devices not using this key.

Dreamweb:
- Now that the game is freeware, there is a small extra help text showing
the available commands in the in-game terminals when the player uses the
'help' command. Previously, players needed to consult the manual for the
available commands. Since this reference to the manual is a form of copy
protection, this extra line can be toggled by the ScummVM copy protection
command line option.

Groovie:
- Simplified the movie speed options, and added a custom option for The 7th
Guest. Movie options are now "normal" and "fast", with the latter changing
the movie speed in T7G to match the faster movie speed of the iOS version.
The game entry might need to be readded in the launcher for the new setting
to appear.

SAGA:
- Added music support for the Macintosh version of I Have No Mouth and, I
Must Scream. 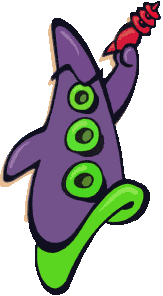