All of the pledges still withstanding in the United States will ship FedExSmartPost on Monday r Tuesday. All European or over seas packages are being shipped and will be completed by 21st to 22nd of November 2013 via USPS.

For those who have contacted me stating for some unknown reason their FedEx package is being returned instead of delivered due to wrong address or no reason at all.

They should be able to deliver your package at that point if you got the return notice this weekend you need to do this now as soon as possible. If it happens in next couple of days to anyone please do it ASAP. 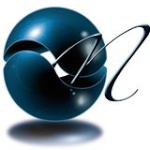 After dealing with a family emergency during the last few weeks, it has come to my attention that quite a few of you backers have been rather worried about the current status of the project.

I understand your anger and frustration, as this also weighs heavily upon me as the project creator and I want nothing more but to ensure everyone gets their console in their hands. I will start slowly with each question, as I think they were presented. Some of the topics I’m going to talk about might be understandable only for those of you who were following the project, however it is time to address them regardless.

Q. Why don't you talk more about the arcade located in Platte City?

A. I owned the arcade cabinets before the Kickstarter project and decided to move them there after my wife wanted to reclaim space in the garage. I had an empty spacious showroom for the GCW, where units are flashed and packaged, and agreed it was a great idea. I had always planned to do something like this eventually, so why not now as I had the space. All arcade cabinets were bought using personal funds I get from my daily job income.

Q. What is this about a fundable.com page for the GCW Zero?

A. The fundable.com page was intended to attract corporate funding to buy Atari when it was headed for bankruptcy. The campaign itself was canceled, but the page still remains.

Q. Where are the consoles? Are you doing this for the money?

A. It has been brought up that GCW LLC has been having money issues and that the consoles did not exist. The consoles do exist. I hope the included pictures put some of that anger to rest. From the pictures you can see some units are packed and ready to ship.

If this venture was just about money I would have started taking pre-orders right after the Kickstarter was funded for consoles next to the money we had already raised via Kickstarter (as seen with other Kickstarter projects). I decided to go the other route and try to ensure you guys got your pledges first.

That plan did not work as intended. Shipments to resellers were delayed, even though they had ordered units before the Kickstarter project started, and the ThinkGeek order which had to be filled once the contract date came of date. The ThinkGeek order was a separate production run paid for by them and not derived from Kickstarter funds.

Now, with these questions answered, the shipping of consoles will resume tonight and an effort will be made to communicate on a regular basis (this will include shipment information).

Q. What is this about a fundable.com page for the GCW Zero?

A. The fundable.com page was intended to attract corporate funding to buy Atari when it was headed for bankruptcy. The campaign itself was canceled, but the page still remains.

Long overdue Status Update in the past year I’ve learned a lot and also made a lot of mistakes but with this being a new project and a new venture those were bound to happen and I have learned a lot along the way to ensure a lot of them never happen again in the future.

First mistake from day one I should have had PR in place and never been the voice for GCW as it takes away from things I need to get done to ensure product flows out the door and new innovations and developers get onboard to make GCW even better then it currently is.


In the past 5 months a lot of family emergencies and family events have happened in my life I won’t go into major detail on any of them but feel you at least deserve an explanation of as to why I’ve been shipping but not actively commenting.


In October 2013 my wife was diagnosed with cancer and we had to commence treatment to fight it thank the lord we beat it in December 2013.


In late January after my last big update and a huge pause in updates was because my mother-in-law went into an unresponsive coma and eventually passed away on January 27th, 2014. and was buried on Feburary 7th, 2014, other members here have seen the proof as this was an actual fact. I then tried to be there for my wife and help her through her grief.


1st of March, 2014 my wife let me know she was not happy and wanted a life change and wanted me to continue with the project and wished me all the luck.


She moved out of the house to pursue a new life we legally separated, It has been a tough road this last 5 months and I apologize for making you wait while I dealt with all these changes to my family and life.


I have continued to ship consoles even with these events going on and will continue to ship them as I made a commitment and promise to you and the community that now surrounds GCW and the GCW Zero.


The project and company will continue to grow and become even better now as I can commit more time to it as some of the things that prevented me to dedicating more time to it are now not an issue although I wish with all my heart that some of it was still an obstacle.


Now to address other things some people complain about the sticky buttons and d-pad we tried our best to resolve those issues as best we could and for some reason on some consoles it still presents itself as an issue that can be resolved in most cases with silicon lube.


This is a project and as such we tried for perfection but as with any project there are minor flaws and I wish we could have resolved it completely.


We are not a well-funded company like Sony or Nintendo that can do a recall or start over a whole production run when an issue presents itself I wish that was the case because if it was the sticky d-pad/buttons would have never been an issue.


As for warranty delays yes repairs/warranty is slow I admit that but we only have one engineer here in America that addresses each console sent in and once we can grow as a company will bring more on to address this and make the process better.


Next topic I won’t say names but we have a couple people that have a lot of conspiracy theories and assumptions but as they are not part of GCW or its daily operations they have no facts or knowledge and just try to cause a scene and cause discontent with in the project or community.


Finally to address Mr. Justin McDonald and his claims and discontent yes it is my fault he got his shipment late I will admit that but I did work things out to ensure he got the majority of his order.


He would have you believe he is due 100 units that was the case when he made the order and we were not sure of the final price of each unit both wholesale and retail.


This was discussed at length with not only him but Ithic.com, DragonBox.de aka Evil Dragon of Open Pandora and Pyra fame, and finally WraithOfKhan that the final price was more then was initially paid by them for their orders.


Ithic.com and Dragonbox.de both paid the difference and received their shipments and WraithOfKhan agreed to a lower number of units as to which was the amount he paid for with his initial order minus the final price difference.


Justin McDonald is due a total of 4 units plus a KickStarter and an SE unit which equates the price difference from what he paid initial and what the final price actually ended up being. He was already given a prototype unit by QbertAddict awhile back.


BAFELTON please private message me about the one who states they did not get their SE as I have not been contacted via e-mail from anyone stating they didn’t get it. I will verify the information and if that is the case get one out ASAP.


In closing I want to thank you for your patience and understanding and faith in GCW as a company and product. I will be stepping back as the voice of GCW and addressing all the internal things of GCW and a new PR person will be answering your questions in the coming weeks in the comments section and status updates.